I have dreamed of having a van since I was in high school. My parents had a blue Ford mini van, with seats that would fold down to make a bed. I remember borrowing it to go on a skiing trip. It was spring or fall in West Virginia, in 1996 and I packed it with a sleeping bag, pillow, Ramen Noodles, peanut butter, a pair of ski boots a little too small for me that I had bought from a flyer I had seen posted at work. This was before Craig’s List, hell the internet wasn’t even a thing where I lived! Well actually it still sucks in rural WV, often times more of a pain in the ass then what it’s worth. Anyway back to packing the van. I also got my skis and bindings where I worked, as a lifeguard at a pool in a gated community, that happened to have a little ski hill. It actually snowed here back then so they operated it without snow guns. The skis that were Fisher brand, white with rainbows on the tips; they were really cheap okay; were the last things to go into the van. I started my journey by driving south to Snowshoe, where I produced one of the multiple letters I had from the ski hill for my first free pass. It now cost around $20 even being a member of Ski Patrol. Next I would ski Timberline, Canaan, then finally the Wisp. I was in love with this van!!! That was the last time I would use it, life happened. Fast forward 21 years later and I finally have a van!!!!! 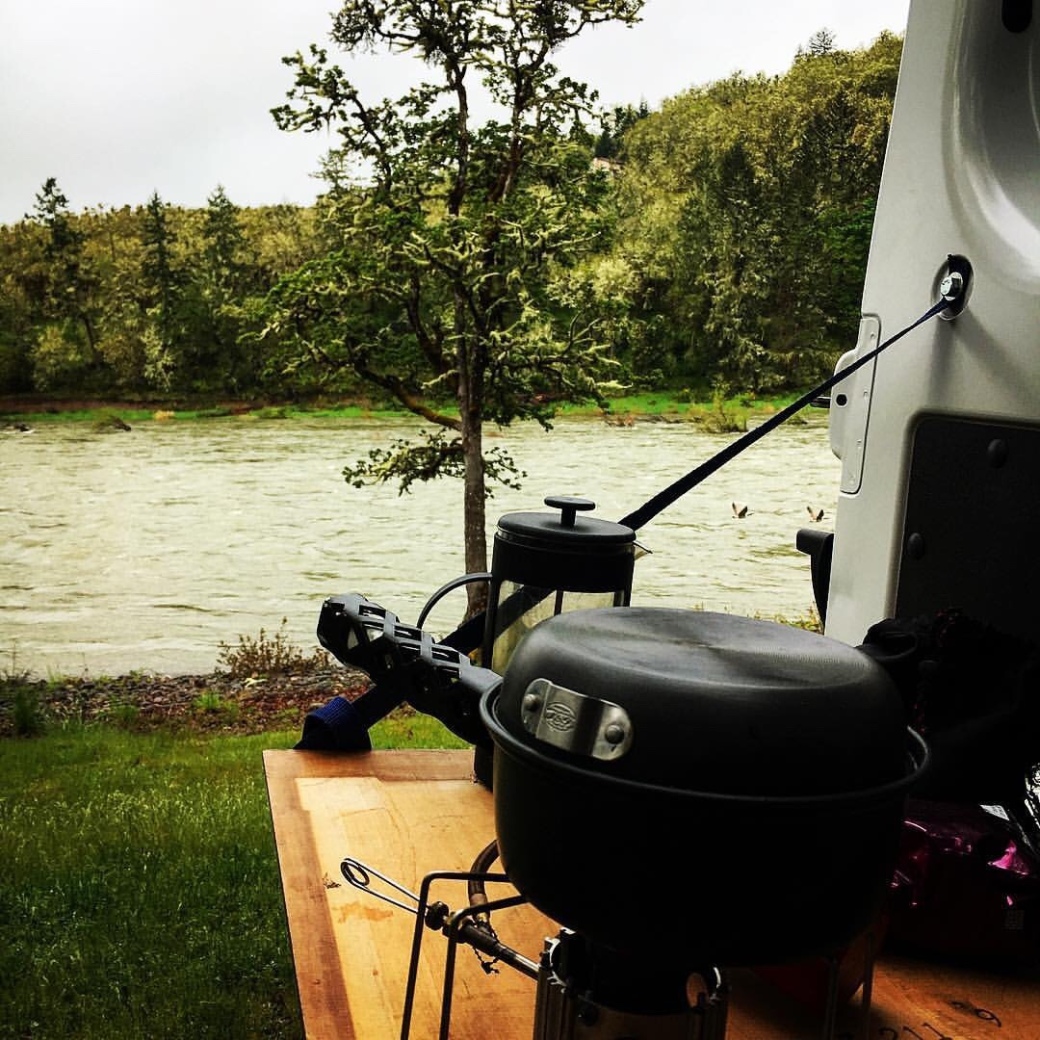 I purchased a 2016 ProMaster 1500 short low top for $20,000 with taxes, new tires, and all the extra charges. I would then build it out roughly to my needs. I used as much recycled or scrape material as possible for environmental reasons. I will provide a detailed list of the cost of  the build in future posts. I had to forgo some things I wanted because I built it out over 3 years. I was leaving shortly, headed out west to Oregon to work as a river ranger. I piece mealed it together over that time sacrificing some comforts, so I would not have to keep tearing it apart to add stuff. I would highly suggest building it all out at once, so you can get what you want! 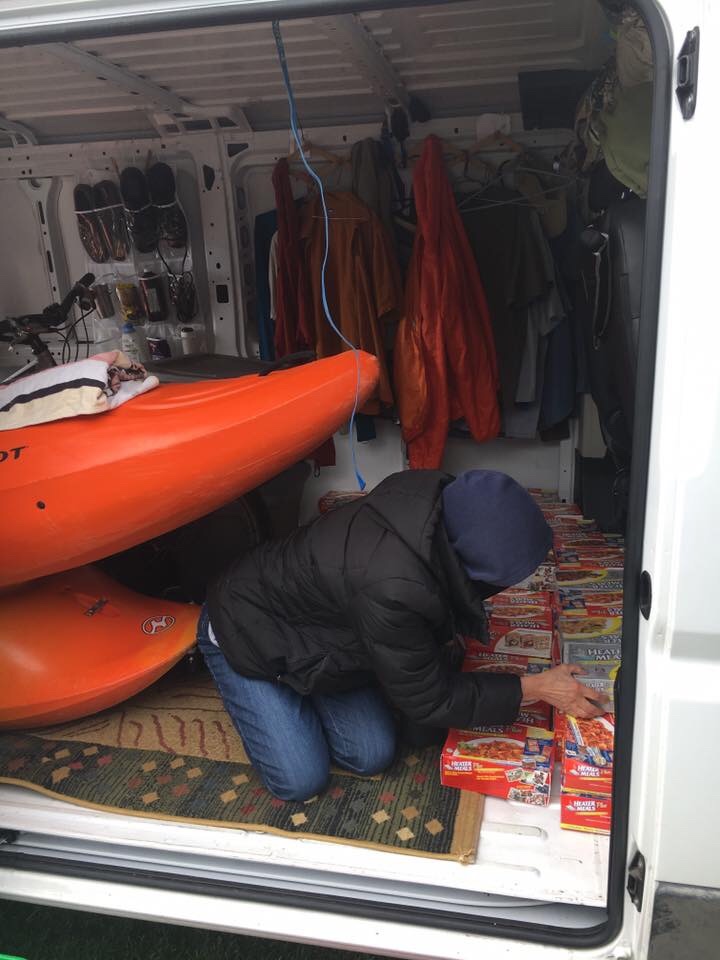 Since I was leaving in about 3 weeks and hadn’t started packing; the only thing I did to the van before I left was throw down a rug, put in a new head unit with a USB input since the one in the van didn’t work, hang an organizer off the drivers side behind the seat, build a fold down table on the backdoor, and load the van with kayak, skis, camping stuff, well lets just say almost everything I owned. In lou of a bed platfrom because of lack of time and space I layered these commercial type MRE’s under a mattress and carefully pulled them out as I went so I wouldn’t have a sloping bed for too long as would happen when I almost finished a layer of the meals. After 7 months I finally added a bed platform after finishing off all the meals that were my bed. Once I made it home after a few more months of traveling I finally started the actual van build before for the next trip out west.