The excitement of entering Oregon was only intensified by the fact that I was about to be met by some friends in the state and get a chance to go kayaking. It was a great mental hurdle to cross a state border, even though the passage of distance was marked by the changing ecosystem, increase in the odor my gear was emitting and the wearing out of three pairs of footwear,along with wonderful hiker made rock and stick mile markers. None of these milestones felt as good as crossing into Oregon. 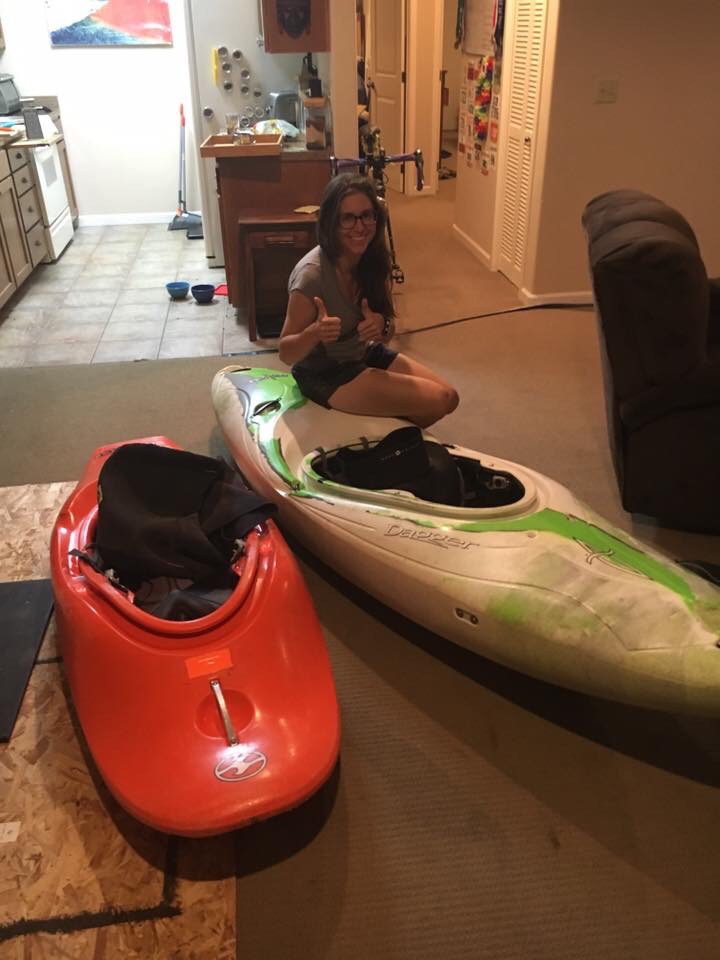 I had made arrangements for Katie to pick me up at Callahan’s Lodge after consuming my first free beer, thanks from all the hikers, I had a margarita. I soon realized that I am even more of a light weight after having lost much of my body weight. She arrived and took me to her place, where I met her roommates dog Awesome. Yes his name is Awesome. We borrowed a kayak from her boyfriend. Thanks Linus! I then got the chance to boat with some of her friends. It was great to feel the boat on edge slicing through the water, my smile revealed after the cool refreshing water parts across my face as I come out the down river side of the hole. 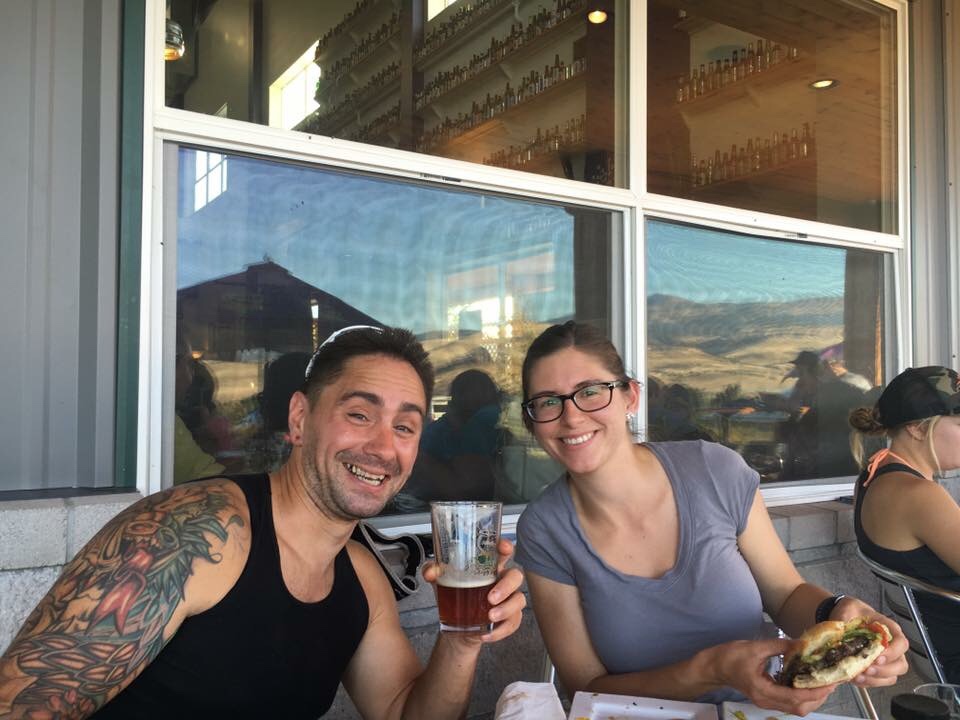 After a great run we got pie at Beck’s outside of Crater Lake National Park where I would be hiking to again in a fews days. This became commonplace in Oregon. I would visit a friend only to spend days to walk back to somewhere I had been only hours away from. As a matter of fact before I got back on the trail, Katie took me to pick up a resupply box that I would be hiking towards later that day. We picked up a fellow hiker and dropped her off to pick up a package. I was rewarded with trail magic for not cheating and starting at the resupply spot. Just before I got to the spot I had picked up my package, I got a beer! If I would have skipped those few miles I would have never gotten to enjoy that particular beer! 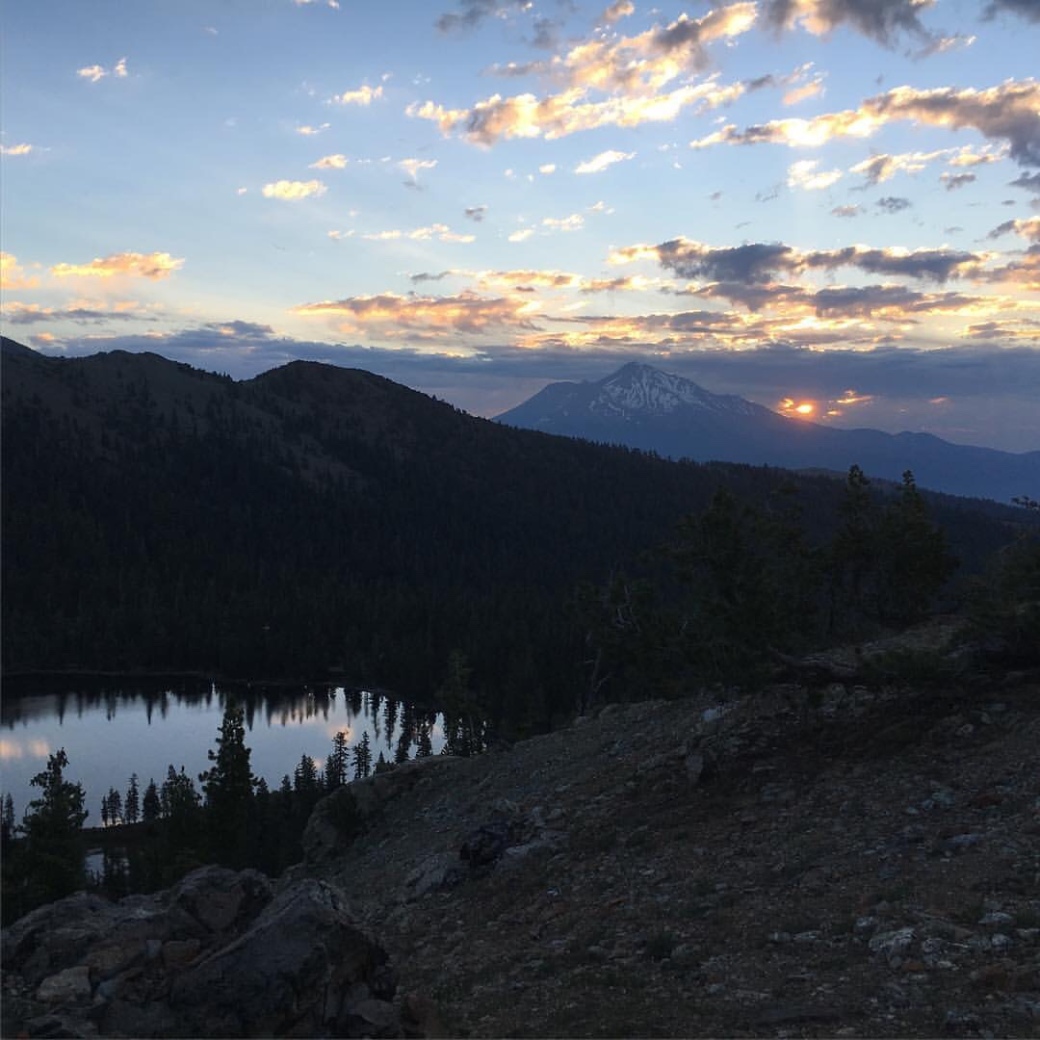 This beer was redemption from near Truckee, CA where I spent the better part of the day looking for soda. I spotted a rest area so I headed that way only to be let down. There were pit toilets and on top of that no vending machine, everyone must be healthy here. There appeared to be more activity across the interstate. Not to be dissuaded, I decided to check out the other side. I mean I have hiked over a thousand miles what’s a few more! After a quick intense game of Frogger, with me in place of the frog dodging cars like in the video game, I emerged unflattened on the other side. I never managed that in the game. I managed to buy a small soda from a guy in an RV. I approached him saying I would buy a soda off him for $2, he said sure. He fished around in a side compartment on his RV and came out with this cute little can. I had no idea soda came in baby portions. I looked at the can with a frown as I dug the money out of my pocket. He saw my sad face and offered it to me for $1. If only he knew how I managed to get there he probably would have given it to me. I gulped….. I mean sipped and it was gone. I decided to cook lunch there. I ended up getting two full sized sodas, while making food! After that people started offering me all sorts of food. I was picky and only accepted some declining most of it. One couple got really upset and wondered about the nerve of some homeless people. I explained I wasn’t a bum and couldn’t justify carrying that much food. I had to make miles and in-fact yes I did chose to look and smell like this on purpose.

Arriving at Crater Lake again I still take in its beauty. I don’t think I have ever seen a bad photo of the lake. I plan to move to this area next year. Part of it is due to the beauty of this iconic place. 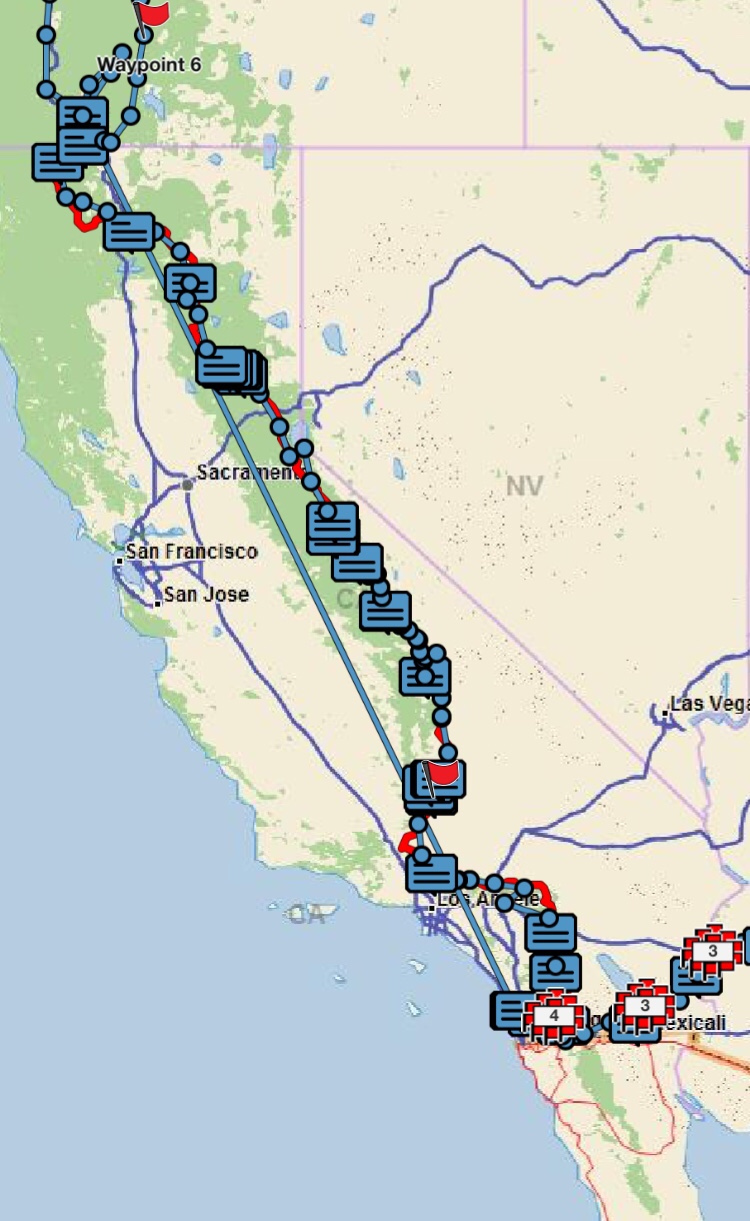