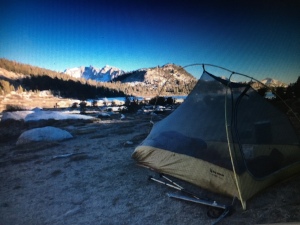 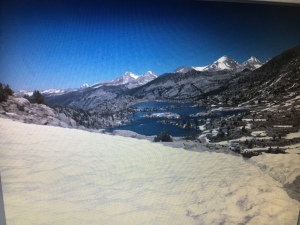 After resting my shin, I headed back to it. Luckily there was snow everywhere so I could ice my shin almost anywhere. On one of the occasions when I was doing just that by a river, out of nowhere a coyote emerged 20 ft away and walked by me. It didn’t know I was was there so it was in no hurry. It disappeared into the woods farther down the trail. Little simple amazing things like this make all the pain and effort worth it! 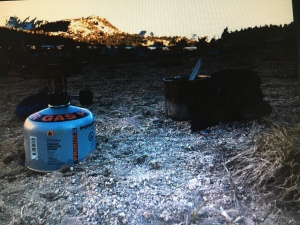 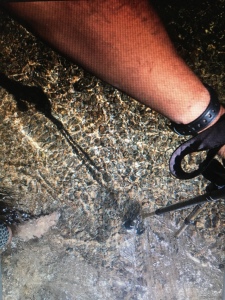 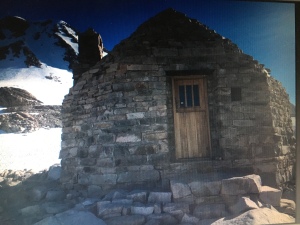 Took a short cut down Glen Pass by glissading. As I was sliding down the hill, I noticed that a boulder was growing into view rather quickly with no visible run out between me and an increasing number of large boulders! I had to rollover and weight the ice axe to come to a stop. I smashed my left hand on a rock as I was trying to gain purchase with the axe. I managed to stop shortly after I smashed my hand. I then traversed the run out, kicking in steps as I crossed the drop off between me and the trail. Overall, I think it would have been just as fast to hike the trail after putting on and taking off my crampons and having to traverse back to the trail, but the slide was way more fun! 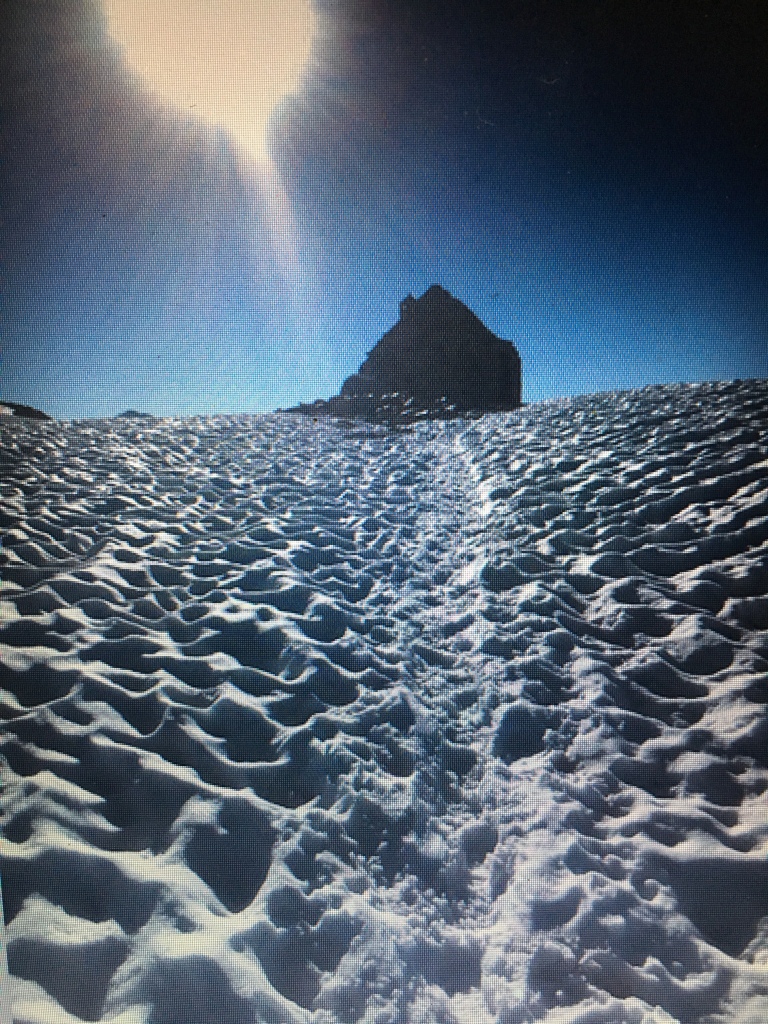 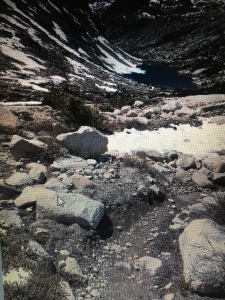 The section of the trail that mirrors the JMT is amazingly beautiful. After every pass, lakes turned into waterfalls leading to the next lake. The only downfall was at the bottom of the passes there were mosquitos lying in wait! The day I descended from Muir Pass was especially beautiful, lots of rivers flowing in pine forests. I stoped at Virginia Lake early because I was tired. It was a great decision, as I got to observe a beautiful sunset over the lake, sun reflection of snow covered mountains only intensified the visual experience. 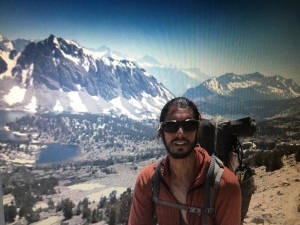 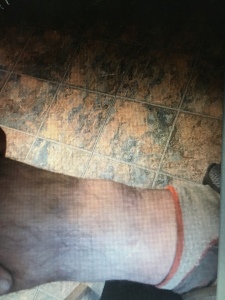 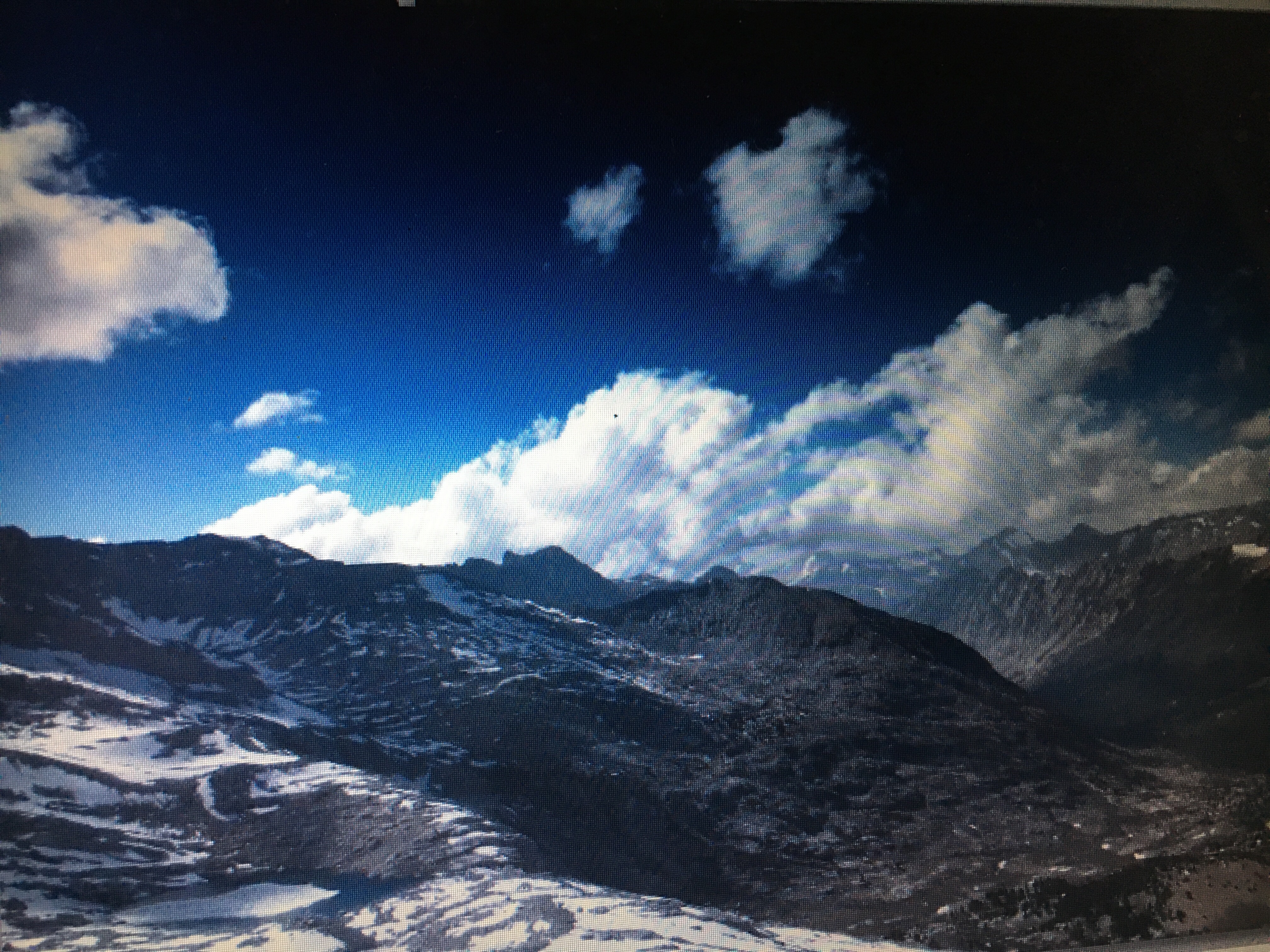 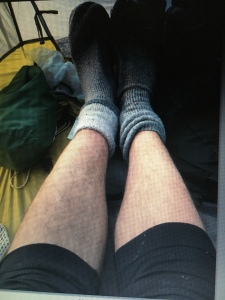 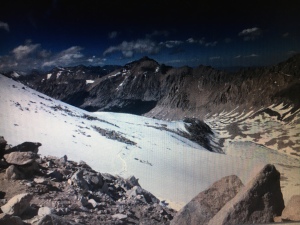 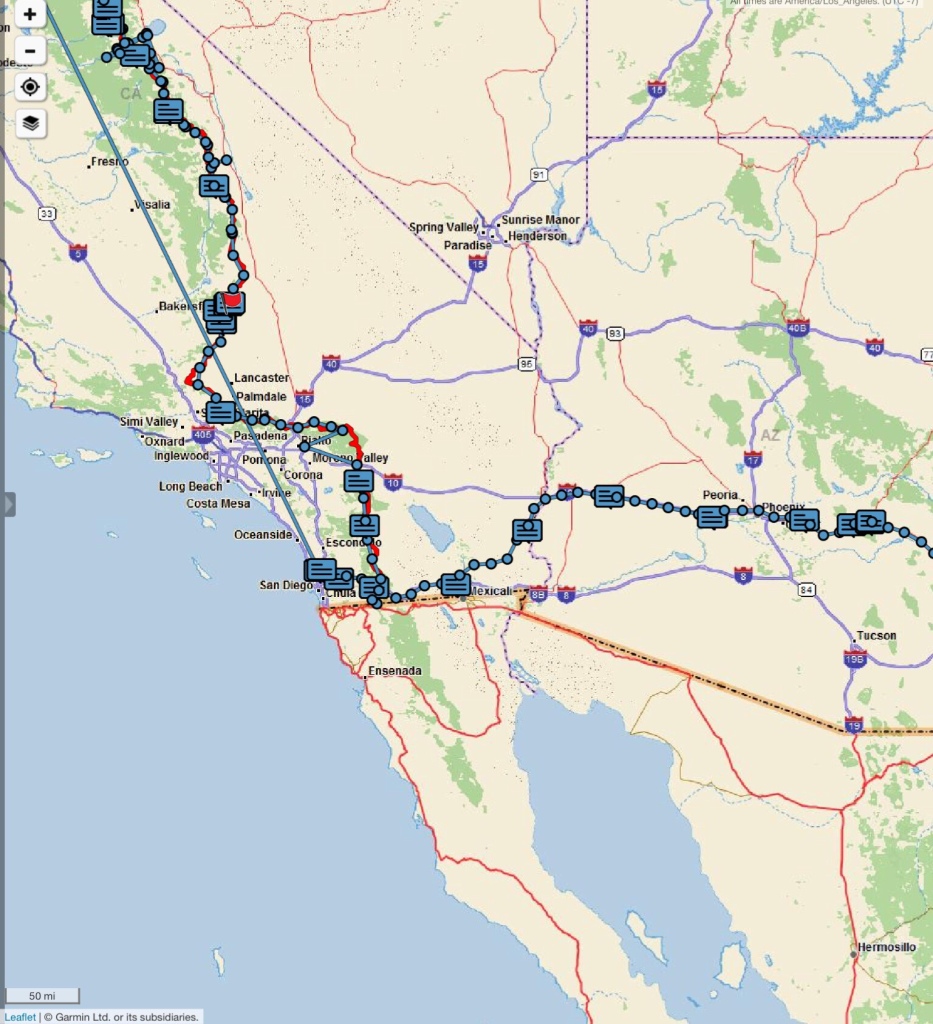