On my third night in the Sierras, it started to thunder storm. I had taken some Advil PM, so when I awoke I was surprised so see snow covering my tent. While I was out, apparently it had hailed then snowed. The next day it thundered and snowed/hailed most of the day. I made it to the approach for Mt. Whitney near dark; cold and covered in snow. I set up and went to sleep. 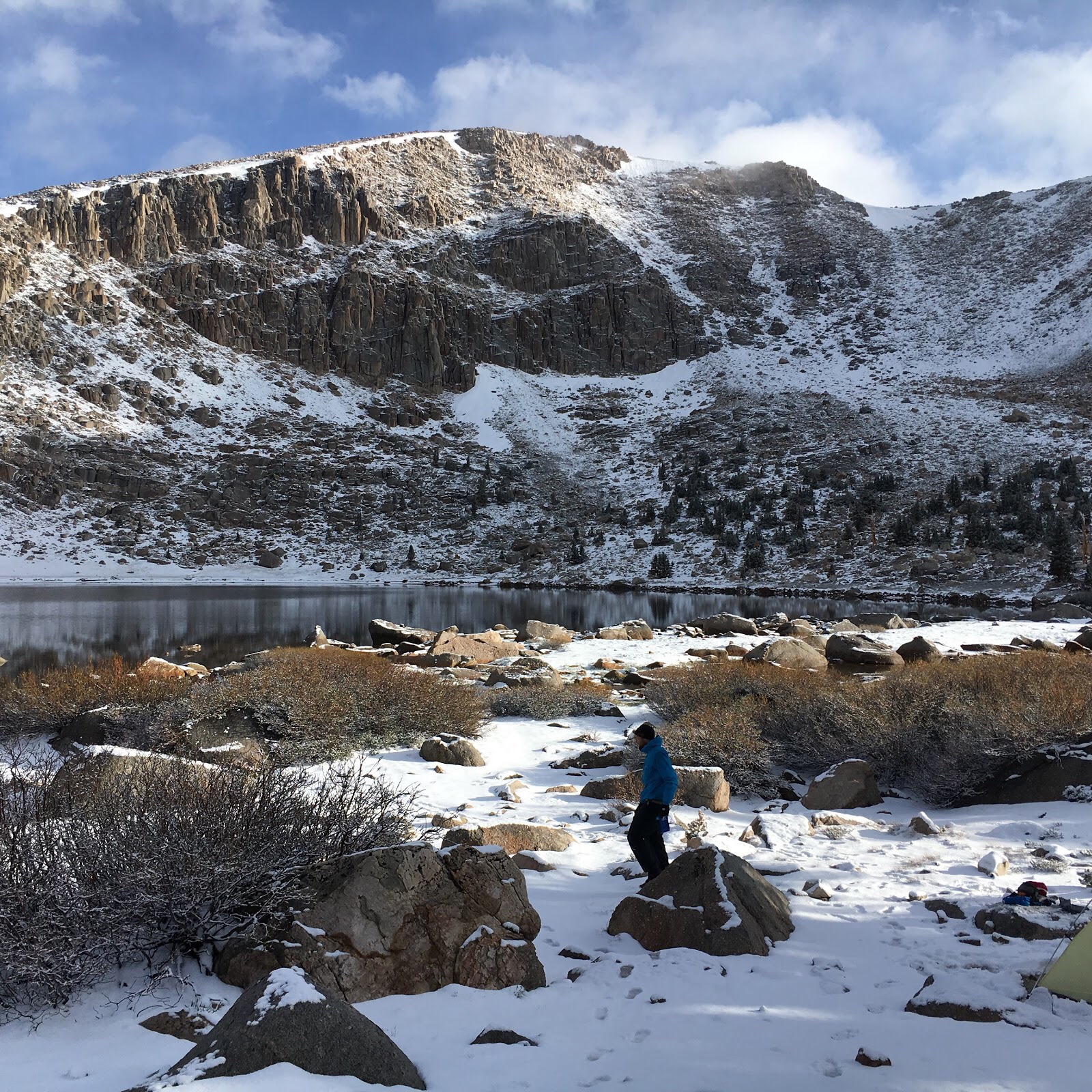 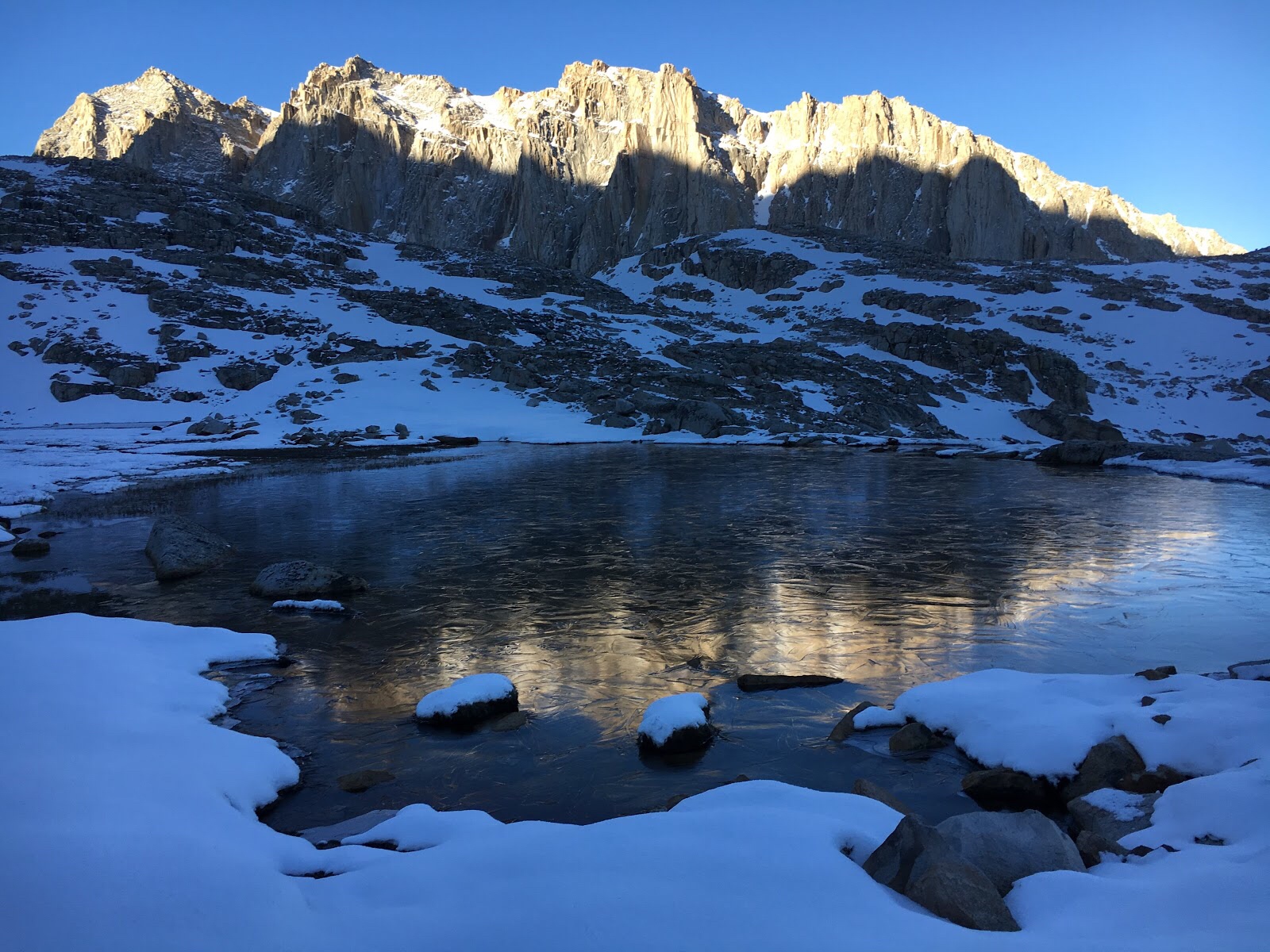 I got an early start the next day, not because I was super motivated to climb Mt. Whitney in the morning but because the people who were motivated happened to be extremely loud. I tried for an hour to go back to sleep but ended up heading up Mt. Whitney about 4:30 a.m.

My leg had started hurting the day before and halfway up Mt. Whitney sharp pain evolved. I kept going because I wanted to get to the top of the tallest mountain in the continental U.S. When I got to the top, there was a day hiker that had hypothermia. Luckily for him, he stumbled by a couple of thru hikers. It had stormed, hailed and snowed for the last two days. Apparently the day hiker got separated from his friends and the thru hikers drug him up to the summit where there was a shelter. The phone reception on top of Mt. Whitney would go in and out. A phone call got out about the time I got to the top early the next morning. They flew in a helicopter and evacuated the guy. He was lucky the thru hikers decided to go up because a lot of summiteers turned around the day before.

My leg hurt so badly by the time I descended Whitney, I knew I had to rest.  I didn’t think I could make it to town with my remaining food. Town is about 30 miles away and I had just over a day’s worth of food. Luckily for me a lot of hikers were here because of the storm and they wanted to summit Mt. Whitney, they pitched in and gave me food! That meant a lot because they probably didn’t have a lot to start with. That night at some point I couldn’t open my eyes for more than three seconds without them going shut. This was accompanied by severe pain. This lasted for over a day. I managed to keep them open long enough to select an audio book on my phone, the light from the screen caused even more pain. The book started and the title I had blindly picked was “We Die Alone.” Luckily, I could see later the next day. 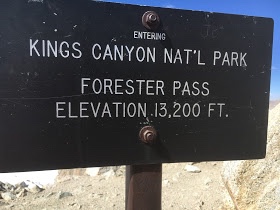 After resting for a day and a half, I had to get moving because of my food situation. I came to the bottom of Forester Pass, it looked like I needed to use crampons and an ice axe but I was really cold and wanted to keep moving. About a quarter of the way up the slope, I pulled out my ice axe. Too lazy to put on crampons, I keep going. The howling wind would force me to the side every step I took blowing pebbles and snow into my face. My shin was in a lot of pain due to a combination of kicking into the snow on the way up the slope, the wind making me stumble, and the occasional postholing at the edge of the snow pack.  I had to glissade down part of the back of Forester Pass. You could not see the trail; I was following others tracks for most of the climb. Once the tracks separated and I chose the wrong set having to back track. The next morning I woke up to an ice covered tent. I stayed in my bag until 11 a.m. or so since I only had 10 miles to go into a town. Once in town I took a few days off resting my leg and hydrating at a brewery. 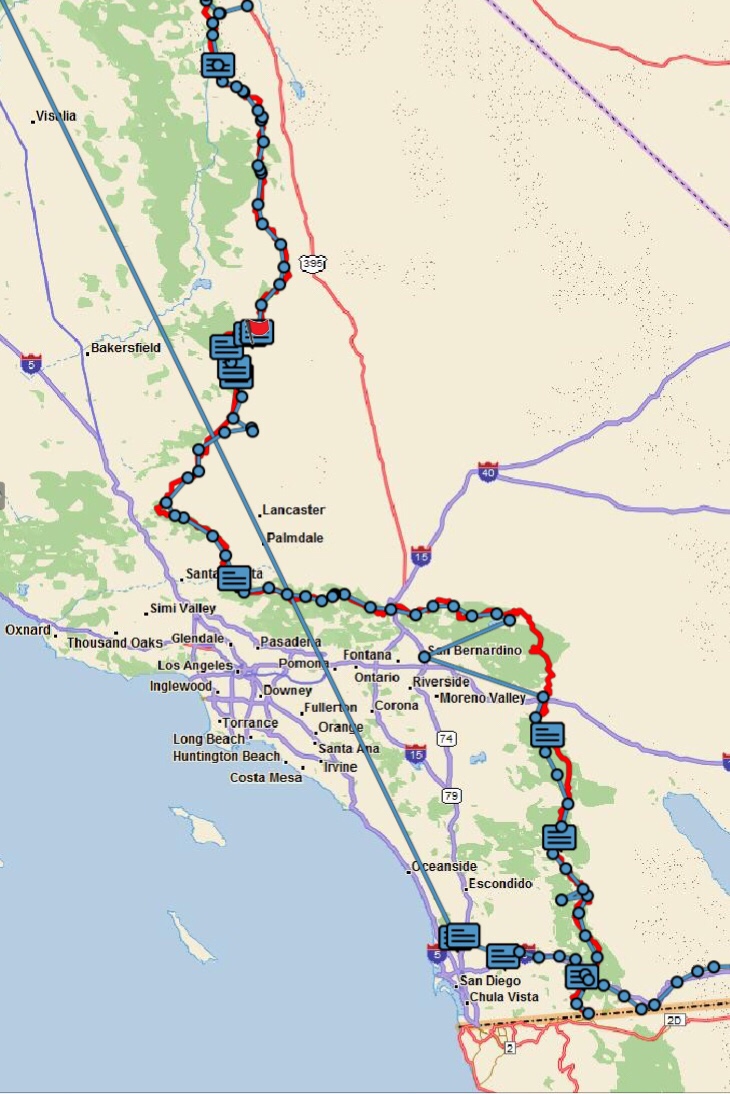