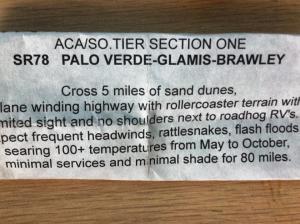 I now had a total of two spare tubes again, I patched one last night. Had about 80 miles with no services to go, so I loaded up on water and got set for a long day. Again the campground on the map only took RV’s, sounds like a problem for future me. 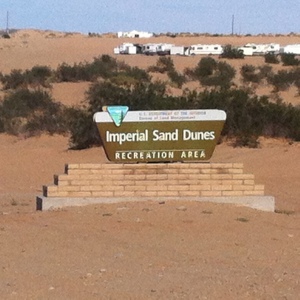 I had called Pat and Deb the night before and told them I wasn’t going to make it because of the previous days flats, this day would be the last day I talked to them, I passed them along the way.

I went through my first border patrol stop today, came flying in hot lights already on because it was getting dark. After saying I was in a hurry to get to town, I inquired if it was safe to sleep along the road and I was informed about flash flooding. I cranked out of the station hoping to get to town before it was completely dark. The train was rolling, but just enough that I had to gear down right before I got to the peak of the hill, I was still maintaining a good pace. 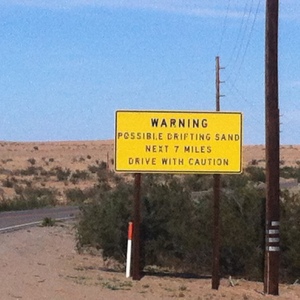 There were a lot of big rigs on the road, I was kind of nervous because it was dark at this point. On the peak of one of the undulating peaks, I saw a big rig coming toward me and there was one approaching from behind also. As I approached the top of the next hill, I realized they were going to meet with me at the top,did I mention how narrow the road was, I swerved off trying to unclip before I slid down the loose sand embankment. I started fishtailing but I have had a couple of days practicing getting out of these clipless pedals, success! I wasn’t flattened nor did I slide down the hill. I made a mental note to loosen the tightness on the clipless pedals, just in case. I had them as tight as they could go because I was not mt. biking. I had not foreseen the need to unclip with speed. I took this break from cycling to look at my map, the town was too far away 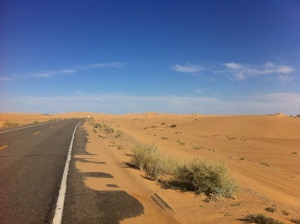 and after that I wanted to get off the road. The campsite/RV park I had called earlier was now my problem. I rode into the place in the dark following the noise of a party. I played ignorant, told them I was cycling across the U.S. and I didn’t make it to town and had been biking all day. Would it be possible to stay? Not only did they say yes but I got a beer and a huge plate of food. I gave the guy $10 he said, “I am not supposed to do this, so don’t tell your friends.” This not being allowed at campsites is going to be a problem. Downed the food, showered and passed out.